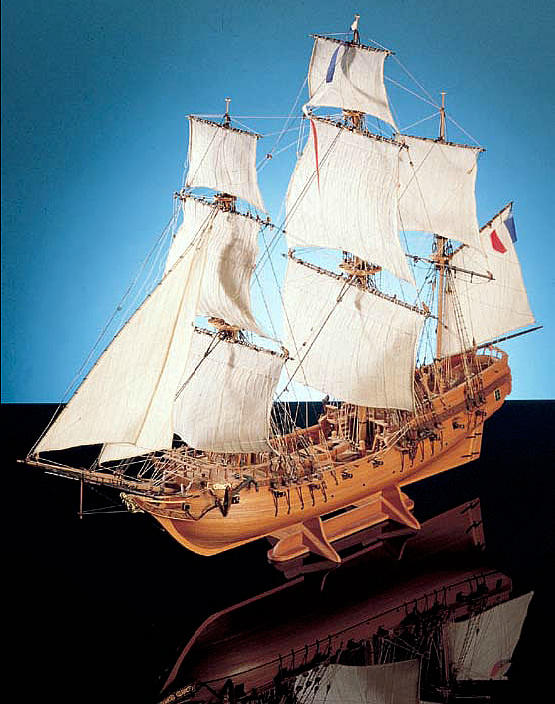 In the last quarter of the 18th century, privateers were generally small fast merchant vessels. Carrying a large area of sail and highly armed with small caliber guns, unlike “pirate” ships, these vessels flew their national flag. The corvette Tonnant, a late 18th century French privateer, was particularly representative of this class of vessel. The fragmentary nature of the historical information available to us does not allow us to trace a complete history of this vessel and the fact that several sailing ships of this period bore the same name (for example, the much more famous 80-gunner which was sunk at Abukir in 1798) makes it difficult to be certain that any references actually refer to this ship.

The kit features the following: This intermediate kit would be suitable for anyone who has previous model building experience. A plank on frame hull construction, building plans with general details, English instructions, lost wax brass castings walnut or lime planking, wooden masts and spars, brass and walnut fittings, etched.