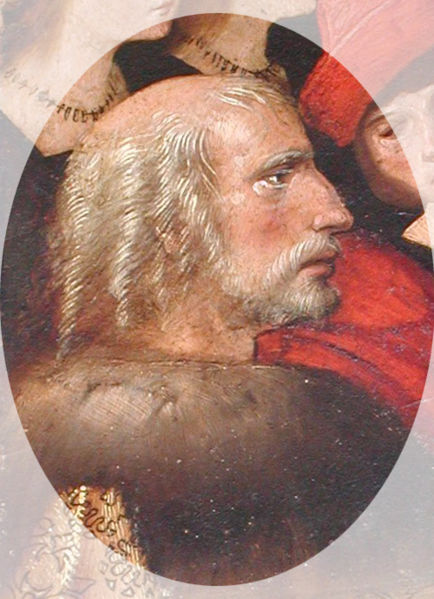 Read about the events of the first journey of Santa Maria, Pinta and Nina to the New World as it describes directly Admiral Christopher Columbus.
Columbus never mentions the name of the ship in which he sailed. It was owned by Juan de la Cosa of Santona. Oviedo calls it the Gallcga; Herrcra, the Santa Maria. It was the largest, about 100 tons. The others were two caravels of Palos, called the Ptnta and Nina. The Pinta was commanded by Martin Alonso Pinzon, and owned by two sailors who served on board. The Nina, named after its owners, the Nina family, was commanded by Vicente Yanez Pinzon, with three Ninos on boar;d, one as pilot, another as master, and a third as one of the seamen.

Friday 3d of August 1492
We departed on Friday, the 3d of August, in the year1492, from the bar of Saltes, at 8 o'clock, and proceededwith a strong sea breeze until sunset, towards the south,for 60 miles, equal to 15 leagues; afterwards S.W. andW.S.W., which was the course for the Canaries. 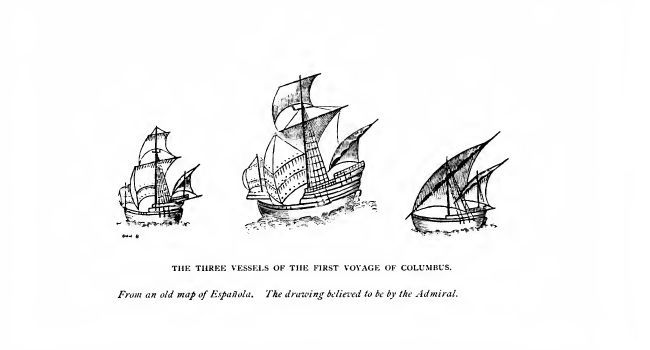 Sunday, 5th of August 1492
They continued their course day and night more than 40leagues.

Monday, 6th of August 1492
The rudder of the caravel Pinta became unshipped, andMartin Aionso Pinzon, who was in command, believed orsuspected that it was by contrivance of Gomes Rascon andCristobal Quintero, to whom the caravel belonged, for theydreaded to go on that voyage. The Admiral says that,before they sailed, these men had been displaying certainbackwardness, so to speak. The Admiral was much disturbedat not being able to help the said caravel withoutdanger, and he says that he was eased of some anxietywhen he reflected that Martin Aionso Pinzon was a man ofenergy and ingenuity. They made, during the day andnight, 29 leagues.

Tuesday, 7th of August 1492
The rudder of the Pinta was shipped and secured, andthey proceeded on a course for the island of Lanzarote, oneof the Canaries. They made, during the day and night, 25leagues.

Wednesday, 8th of August 1492
Opinions respecting their position varied among thepilots of the three caravels ; but that of the Admiralproved to be nearer the truth. He wished to go to GranCanaria, to leave the caravel Pinta, because she was disabledby the faulty hanging of her rudder, and was makingwater. He intended to obtain another there if one couldbe found. They could not reach the place that day. 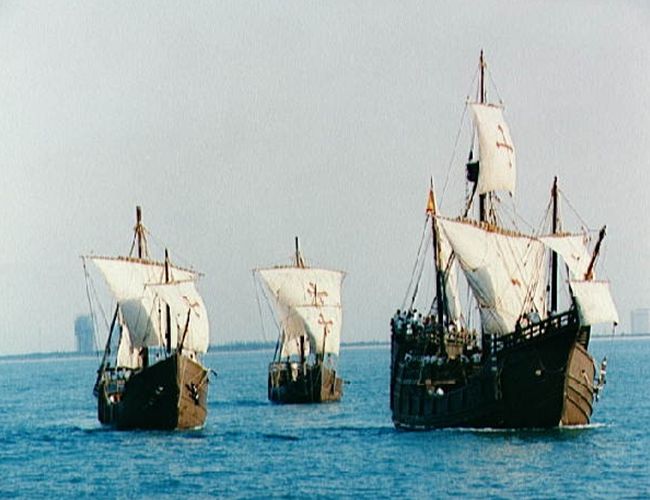 Thursday, 9th of August 1492
The Admiral was not able to reach Gomera until thenight of Sunday, while Martin Aionso remained on thatcoast of Gran Canaria by order of the Admiral, because hisvessel could not be navigated. Afterwards the Admiraltook her to Canaria, and they repaired the Pinta verythoroughly through the pains and labour of the Admiral, ofMartin Alonso, and of the rest.^ Finally they came toGomera. They saw a great fire issue from the mountainof the island of Tenerife, which is of great height. Theyrigged the Pinta with square sails, for she was lateenrigged; and the Admiral reached Gomera on Sunday, the2nd of September, with the Pinta repaired.The Admiral says that many honourable Spanish gentlemenwho were at Gomera with Dofta Ines Peraza, motherof GuillenPeraza (who was afterthe first Count ofGomera), and who were natives of the island of Hierro, declaredthat every year they saw land to the west of theCanaries; and others, natives of Gomera, affirmed the sameon oath. The Admiral here says that he remembers, whenin Portugal in the year 1484, a man came to the King fromthe island of Madeira, to beg for a caravel to go to this landthat was seen, who swore that it could be seen every year,and always in the same way. He also says that he recollectsthe same thing being affirmed in the islands of theAzores ; and all these lands were described as in the samedirection, and as being like each other, and of the same size.'^Having taken in water, wood, and meat, and all else thatthe men had who were left at Gomcra by the Admiral whenhe went to the island of Canaria to repair the caravel Pinta,he finally made sail from the said island of Gomcra, withhis three caravels, on Thursday, the 6th day of September.