Who were Buccaneers?
Buccaneers were a kind of privateer or pirate peculiar to the Caribbean Sea during the 17th and 18th centuries. Originally the name applied to the landless hunters of wild boars and cattle in the largely uninhabited areas of Tortuga and Hispaniola. The meat they caught was smoked over a slow fire in little huts the French called boucanes to make viande boucanée – jerked meat or jerky – which they sold to the corsairs that preyed on the shipping and settlements (largely Spanish) of the Caribbean. Eventually the term was applied to the corsairs and (later) privateers themselves, also known as the Brethren of the Coast. Though corsairs, also known as freebooters, were largely lawless, privateers were nominally licensed by the authorities – first the French, later the English and Dutch – to prey on the Spanish, until their depredations became so severe they were suppressed.

Buccaneers attacks
About 1630, French interlopers were driven away from the island of Hispaniola and fled to nearby Tortuga. The Spaniards also tried to drive them out of Tortuga, but the buccaneers were joined by many more French, Dutch, and English adventurers who turned to piracy. They set their eyes on Spanish shipping, generally using small craft to attack galleons in the vicinity of the Windward Passage. With the support and encouragement of rival European powers, they became strong enough to sail for the mainland of Spanish America and sacked cities. 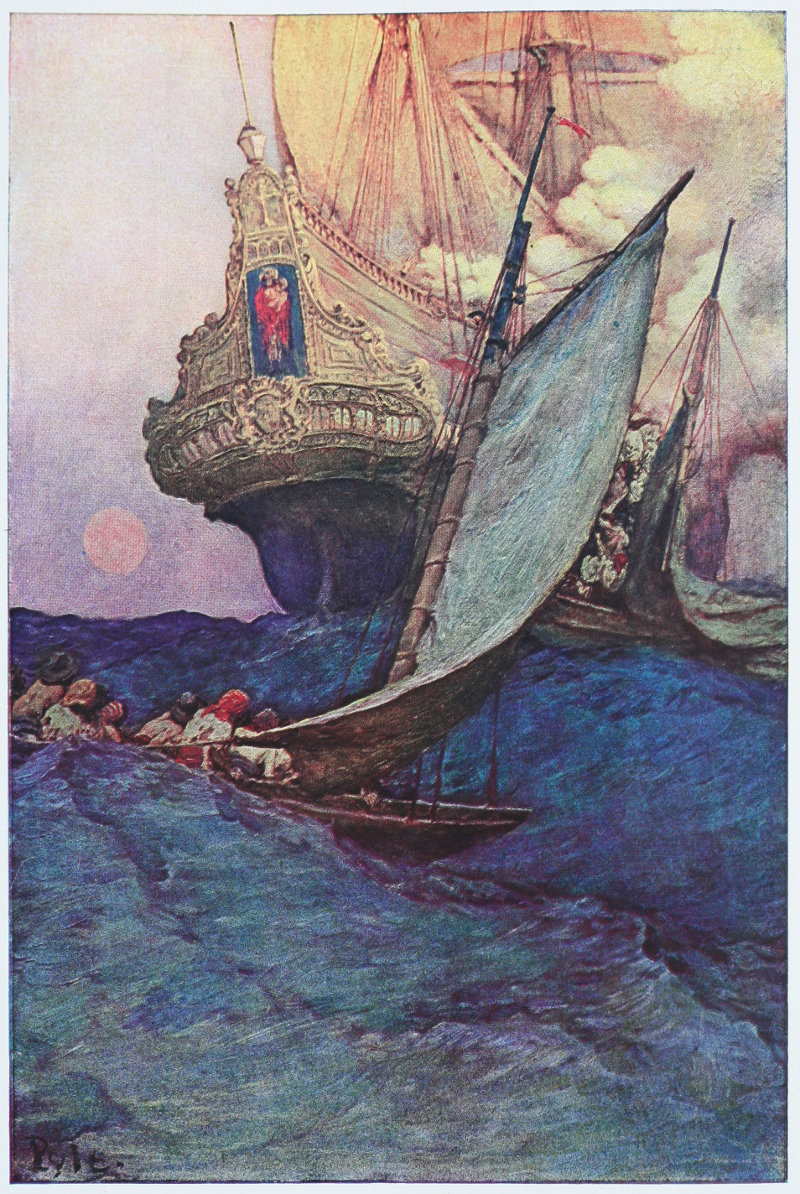 Spanish protected their ships
To combat this constant danger, in the 1560s the Spanish adopted a convoy system. A treasure fleet or flota would sail annually from Seville (and later from Cádiz) in Spain, carrying passengers, troops, and European manufactured goods to the Spanish colonies of the New World. This cargo, though profitable, was really just a form of ballast for the fleet as its true purpose was to transport the year's worth of silver to Europe. The first stage in the journey was the transport of all that silver from the mines in Bolivia and New Spain in a mule convoy called the Silver Train to a major Spanish port, usually on the Isthmus of Panama or Veracruz in New Spain. The flota would meet up with the Silver Train, offload its cargo of manufactured goods to waiting colonial merchants and then load its holds with the precious cargo of gold and silver, in bullion or coin form. This made the returning Spanish treasure fleet a tempting target, although pirates were more likely to shadow the fleet to attack stragglers than to engage the well-armed main vessels. The classic route for the treasure fleet in the Caribbean was through the Lesser Antilles to the ports along the Spanish Main on the coast of Central America and New Spain, then northwards into the Yucatán Channel to catch the westerly winds back to Europe.

Downturn
While Spanish authorities always viewed buccaneers as trespassers and a threat to their hegemony in the Caribbean basin, over the second half of the 17th century other European powers learned to perceive them in the same way. These new powers had appropriated and secured territories in the area and needed to protect them. Buccaneers who did not settle down on agriculture or some other acceptable business after the so-called Golden Age of Piracy proved a nuisance to them, too. Spanish anti-pirate practices became thus a model for all recently arrived colonial governments.