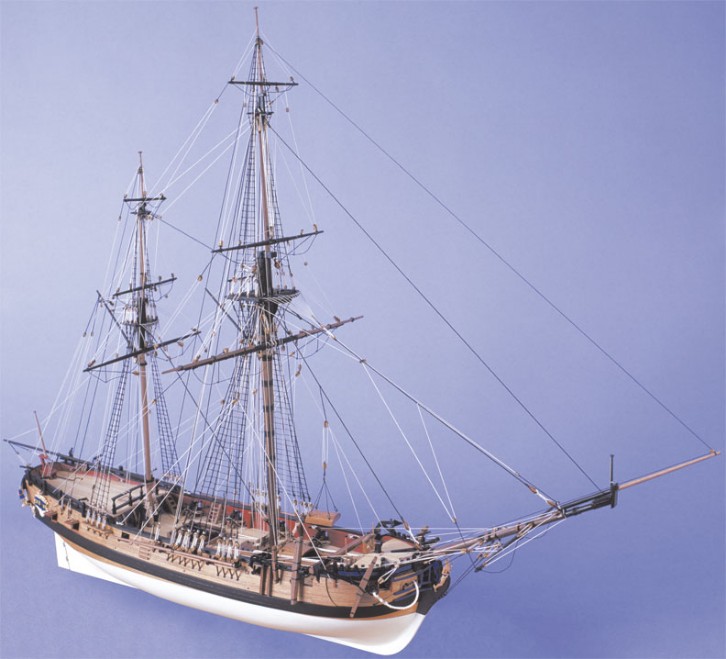 Granado was unusual in that she was designed to be used as either a sloop or a bomb vessel, being constructed with a conventional square stern.

Twelve bomb vessels, including Granado (the sixth), were built at the outbreak of the War of Jenkins's Ear in 1739.
Granado was ordered on September 14th 1741 and the keel was laid on November 18th 1741. Although it is uncertain who designed the Granado, it is commonly attributed to Thomas Slade, the naval Surveyor who oversaw the construction of the ship at Ipswich. Thomas Slade also went on to design famous ships such as H.M.S. Victory.
Granado was unusual in that she was designed to be used as either a sloop or a bomb vessel, being constructed with a conventional square stern.
Launched on June 22nd 1742, Granado was taken to Harwich, fitted out and put in commission as a sloop.
An Admiralty Order on July 15th 1745 was issued 'to fit her (Granado) as a bomb' but this order was reversed on July 17th 1745 and Granado remained as a sloop. It was not until 1756 that Granado was fitted for the first time as a bomb vessel from an Admiralty Order on July 26th 1756.
Between the launch of Granado on June 22nd 1742 and her fitting as a bomb vessel July 26th 1756 a number of changes had been made to Granado's configuration as compared to the original Admiralty plans the most noticeable of these are as follows:
1.     Two extra 4pdr carriage guns were added (Admiralty order of June 20th 1745) bringing the total 4pdr carriage guns to 10.
2.     Two bow chaser gun ports were added allowing accommodation of the extra guns either under the forecastle as bow chasers or at the fifth gun ports.
3.     The mortars as shown in the Admiralty plans are two 13 inch mortars however when fitted as a bomb vessel this was actually changed to 1 x 13inch and 1 x 10inch mortar. This is confirmed by the provisions list on March 30th 1757 which details 50 large and 50 small shells.
Granado remained as a bomb vessel until the Admiralty Order to fit her as a sloop on March 20th 1760. It was during this period as a bomb vessel that Granado was involved in her most active role.
On January 22nd 1759 Granado and the squadron under command of Commodore John Moore anchored off Basse Terre. The following morning the citadel and batteries of Basse Terre were bombarded. By January 24th troops had occupied the forts of Basse Terre and Fort Royal, the town had been devastated by fire caused by the carcasses discharged from the bomb vessels.
On February 7th, the fleet moved to attack Fort Louis at the entrance to Cul de Sac Bay. The attack began the following day and by February 15 the bombardment ceased with the capture of the Fort.
Granado was again converted to a bomb vessel in August 1761 and she remained as such until she was sold on August 30th 1763 for £575. During this period Granado was involved in the action of capturing Morro Castle and El Morro in the West Indies and the capitulation of Havana on August 13th 1762.

Ship model Granado is favorite wooden scale kit from Jotika manufacturer. It is popular for its good quality and the customers often buy it as a valuable and nice gift. Scale model kit an Granado from Jotika contains necessary building material and parts. That is why the modeler can focused only on building of this nice wooden tall ship model. VictoryShipModels.com selects and offer only the best ship model kits. Ship model an Granado is one of them. 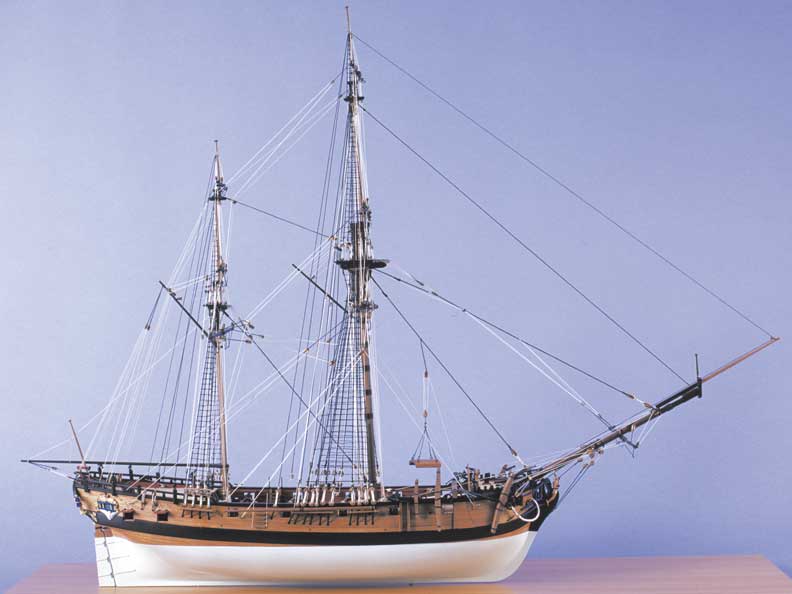 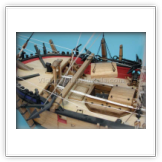 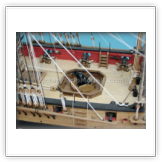 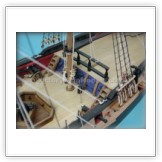 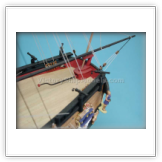 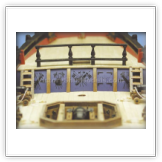 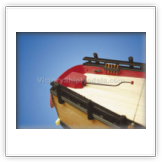 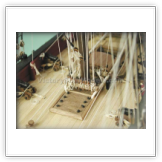 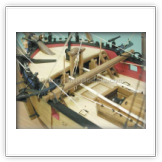 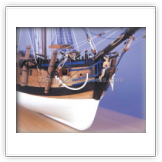 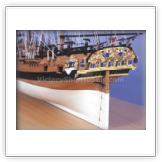 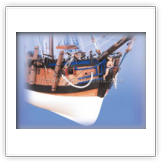 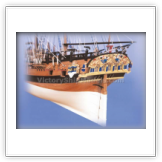 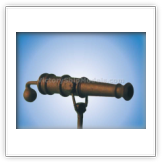 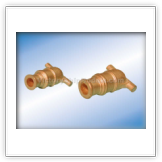 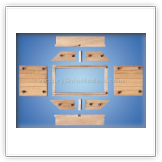 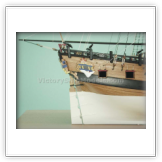 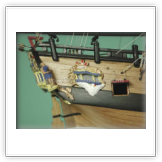 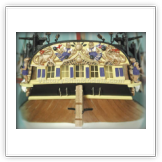 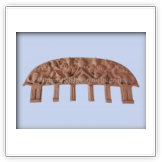 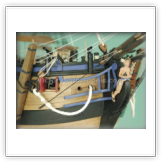