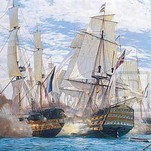 The Battle of Trafalgar (21 October 1805) was a naval engagement fought by the British Royal Navy against the combined fleets of the French Navy and Spanish Navy, during the War of the Third Coalition of the Napoleonic Wars. The battle was the most decisive British naval victory of the war. Twenty-seven British ships of the line led by Admiral Lord Nelson aboard HMS Victory defeated thirty-three French and Spanish ships of the line under French Admiral Pierre-Charles Villeneuve off the south-west coast of Spain, just west of Cape Trafalgar. The Franco-Spanish fleet lost twenty-two ships, without a single British vessel being lost.

The course of the battle and the circumstances are well known. Less often are mentioned details of the naval forces of the two warring parties. Let's look at this closer. 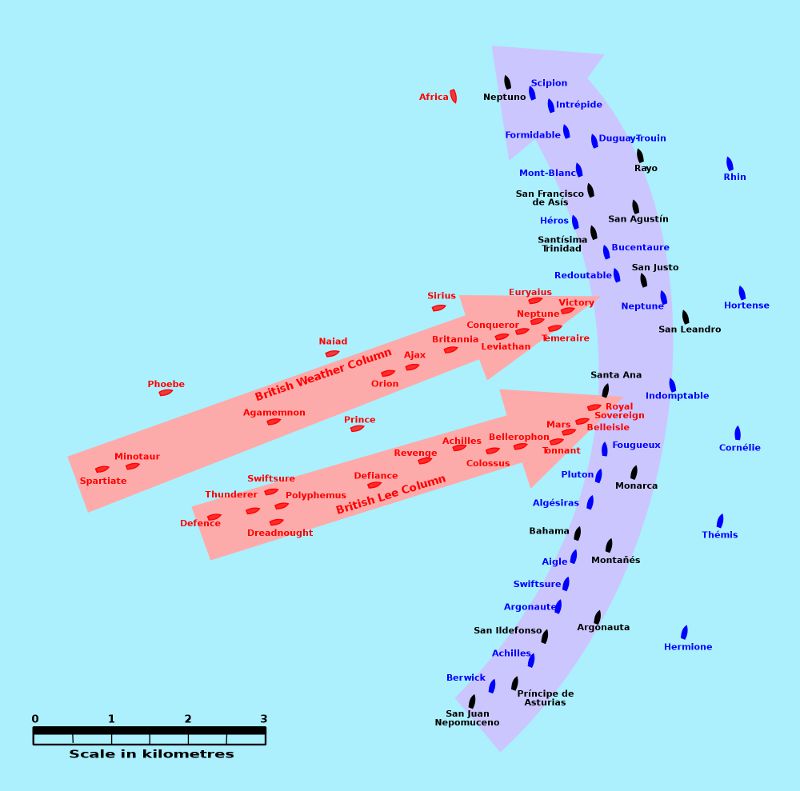 Admiral Nelson had 27 ships-of-the-line. His flagship, HMS Victory, was one of three 100-gun first rates in his fleet. He also had four 98-gun second rates and twenty third rates. One of the third rates was an 80-gun vessel and sixteen were 74-gun vessels. The remaining three were 64-gun ships, which were being phased out of the Royal Navy at the time of the battle. Nelson also had four frigates of 38 or 36 guns, a 12-gun schooner and a 10-gun cutter.

Vice-Admiral Villeneuve fielded 33 ships-of-the-line, including some of the largest in the world at the time. The Spanish contributed four first-rates to the fleet. Three of these ships, one at 136 guns (Santisima Trinidad) and two at 112 guns (Principe de Asturias, Santa Anna), were much larger than anything under Nelson's command. The four first-rate carried 100 guns. The fleet had six 80-gun third-rates, (four French and two Spanish), and one French 64-gun third-rate. The remaining 22 third-rates were 74-gun vessels, of which fourteen were French and eight Spanish. In total the Spanish contributed 15 ships of the line and the French 18. The fleet also included five 40-gun frigates and two 18-gun brigs, all French.

Take a closer look at the British Navy and Franco - Spanish Navy Fleets.

The table below shows the British vessels deployed during the battle. They are listed in sailing order. During the battle the frigates and smaller vessels acted in support, but did not engage the enemy. 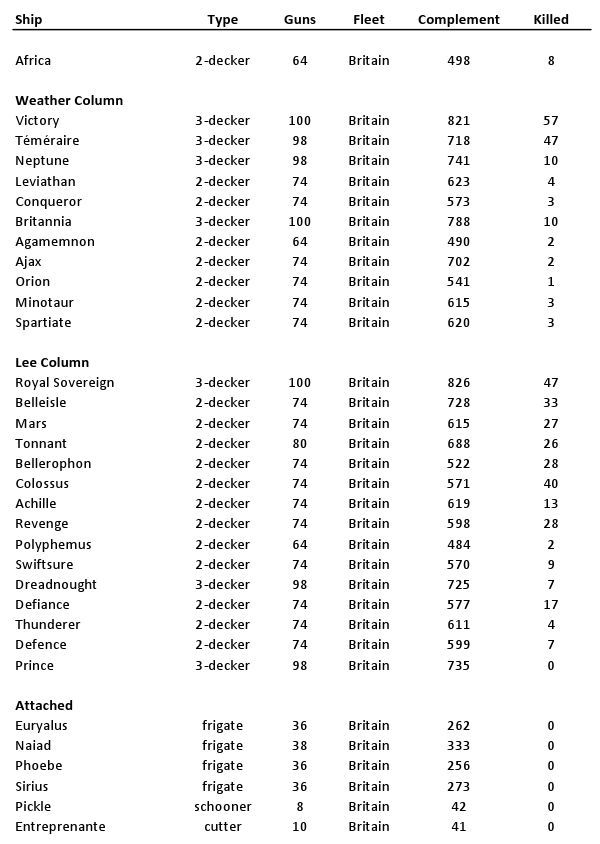 Franco-Spanish Navy
The following listing shows the French and Spanish ships of the line by order of sailing from north to south. 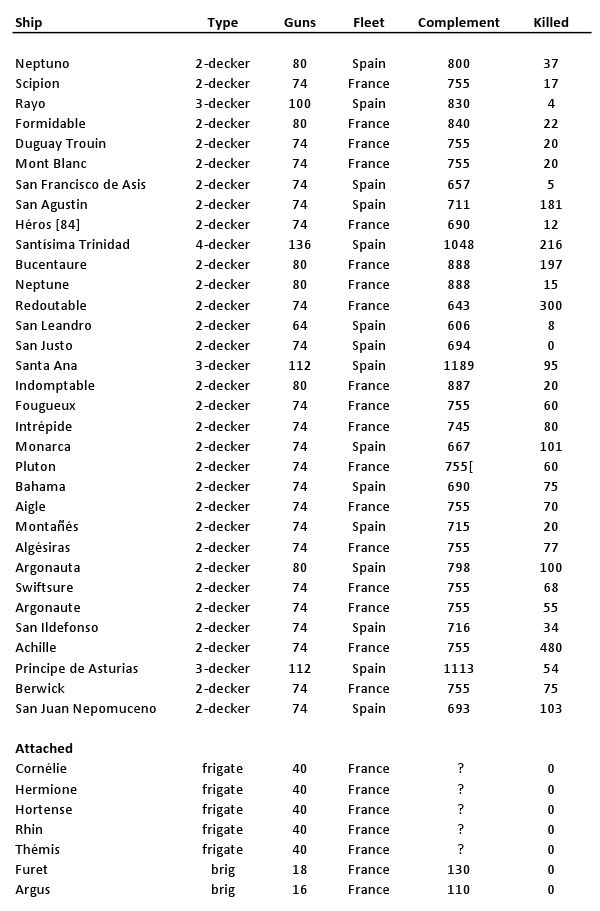 The British victory spectacularly confirmed the naval supremacy that Britain had established during the previous century and was achieved in part through Nelson's departure from the prevailing naval tactical orthodoxy, which involved engaging an enemy fleet in a single line of battle parallel to the enemy to facilitate signaling in battle and disengagement, and to maximize fields of fire and target areas. Nelson instead divided his smaller force into two columns directed perpendicularly against the larger enemy fleet, with decisive results. 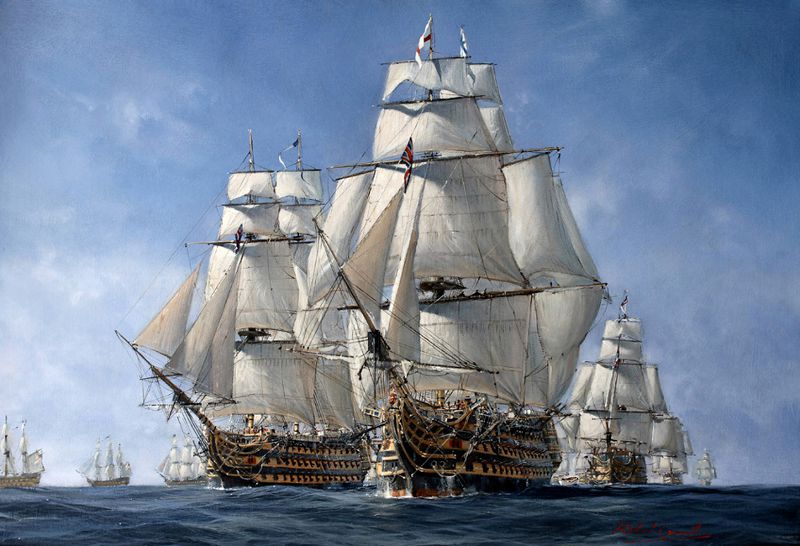 Nelson was mortally wounded during the battle, becoming one of Britain's greatest war heroes. The commander of the joint French and Spanish forces, Admiral Villeneuve, was captured along with his ship Bucentaure. Spanish Admiral Federico Gravina escaped with the remnant of the fleet and succumbed months later to wounds sustained during the battle.
Nelson’s overwhelming triumph over the combined Franco-Spanish fleet ensured Britain’s protection from invasion for the remainder of the Napoleonic Wars.