French privateer a member of the Legion of Honour
Robert Surcouf was a French privateer and slave trader who operated in the Indian Ocean between 1789 and 1801, and again from 1807 to 1808.
Surcouf started his career as a sailor and officer on the slave ships Aurore, Courrier d'Afrique and Navigateur. Having risen to Captain, and in spite of the prohibition of slave trading by the National Convention in 1793, he engaged in the business himself as a captain on Créole.

After returning to the Indian Ocean, Surcouf captained the privateers Clarisse and Confiance, raiding British, American and Portuguese merchantmen. He famously captured the East Indiaman Kent on 7 October 1800. Returning to France, he was awarded the Legion of Honour and settled as a ship-owner. 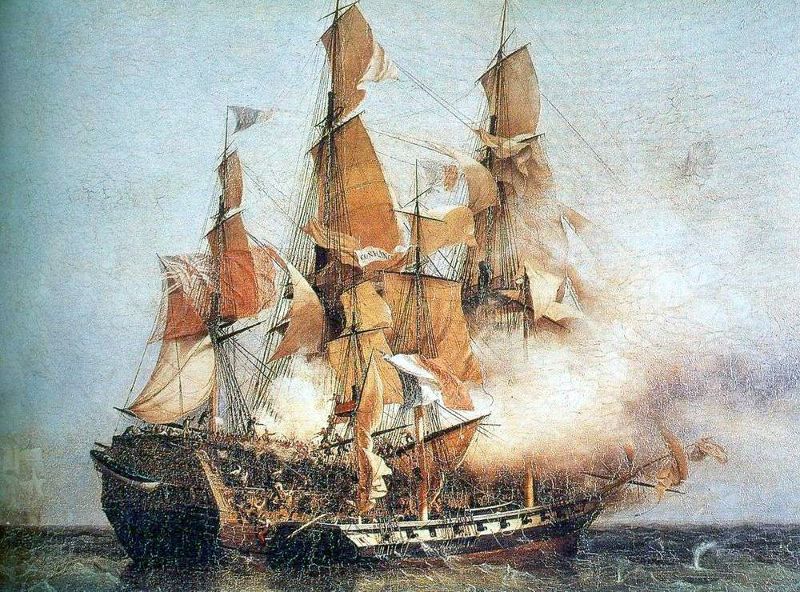 Capture of the Kent

He briefly returned to the Indian Ocean in 1807 on the custom-built Revenant before returning to France. There, he armed privateers and merchantmen. His privateers led successful campaigns in the Indian Ocean and disastrous ones in the English Channel, except for Renard which achieved fame in her victory over HMS Alphea on 9 September 1812.

Le Renard cutter
The Renard was a cutter launched in 1812 and armed and owned by Robert Surcouf. She was his eighth and last privateer ship.Renard cruised under Captain Aimable Sauveur until 23 August 1813, when he required a replacement. Command then went to Emmanuel Leroux-Desrochettes.
On 9 September 1812, beginning at 5 p.m. and lasting through the night, Renard successfully engaged the British 10-gun schooner HMS Alphea, crewed by 35 sailors. Combat was intense and bloody until at 3:30 a.m. the following morning, when the Alphea took two direct hits from Renard to (presumably) the powder magazine and exploded. There were no reported survivors. Renard lost five men killed and 31 wounded, including her captain,[3] who had an arm shot away and later died of his injuries. Renard returned to France with only 13 able-bodied men. Alphea had carried a crew of 41 men.

Le Renard replica
Surcouf died on 8 July 1827, and was buried in Saint-Malo graveyard with military honors. His tomb features a globe showing the Indian Ocean and an anchor, with the epitaph:
Modern replica of Renard has been built as a sailing replica of Renard in May 1991. One may rent the modern Renard for a day, for cruises, or for meeting.
Build your own beautiful privateer ship model Le Renard and then plan and spend historic adventure on Le Renard replica deck near Saint Malo. 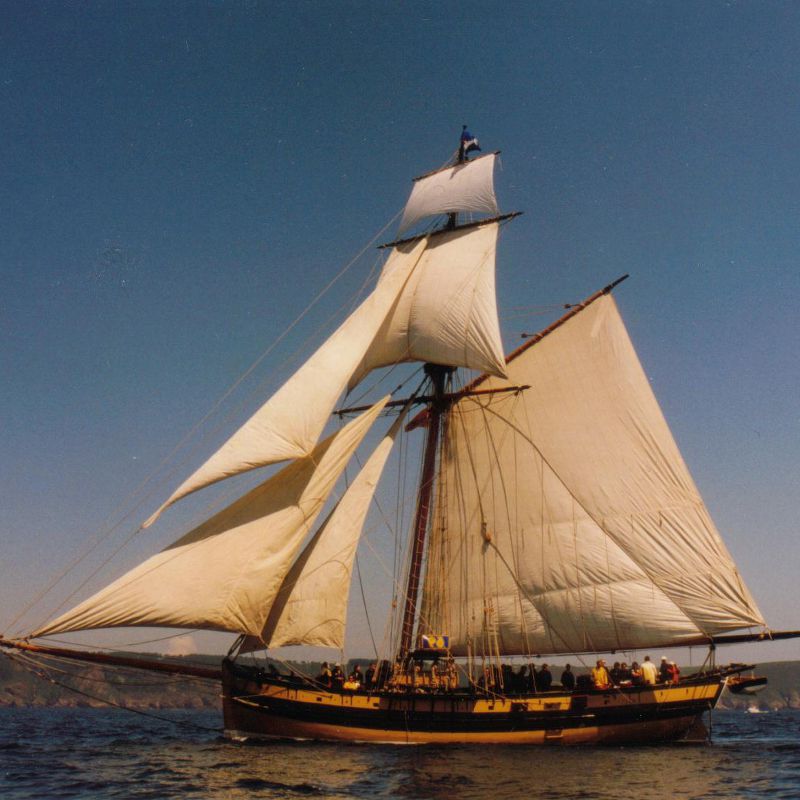