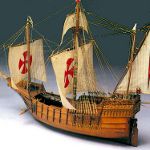 Underwater explorer Barry Clifford, who led a team that found and investigated the wreck, says he's confident it is.
But it isn't a new finding of this wreck. Clifford announced wreck discovery in 2003. His team also investigated of cannon was found as part of the wreck.
Two years ago, after having researched the type of cannon used in Columbus' time, he realized the 2003 find might have been Santa Maria.
A couple of weeks ago, he returned to the wreck with a group of experts. The team measured and photographed the ship. But some items, including the cannon, had been looted from the ship in the intervening years.
The ship was found in the exact area where Columbus said the Santa Maria ran aground more than 500 years ago, Clifford said. The wreck is stuck on a reef off Haiti's northern coast, 10 to 15 feet beneath the water's surface.

“Tuesday, 25th of December, Christmas
Navigating yesterday, with little wind, from Santo Tome to Pinta Santa, and being a league from it, at about eleven o'clock at night the Admiral (Columbus) went down to get some sleep, for he had not had any rest for two days and a night. As it was calm, the sailor who steered the ship thought he would go to sleep, leaving the tiller in charge of a boy. The Admiral (Columbus) had forbidden this throughout the voyage, whether it was blowing or whether it was calm. The boys were never to be entrusted with the helm.
It pleased our Lord that, at twelve o'clock at night, when the Admiral (Columbus) had retired to rest, and when all had fallen asleep, seeing that it was a dead calm and the sea like glass, the tiller being in the hands of a boy, the current carried the ship on one of the sand-banks. If it had not been night the bank could have been seen, and the surf on it could be heard for a good league. But the ship ran upon it so gently that it could scarcely be felt. The boy, who felt the helm and heard the rush of the sea, cried out. The Admiral (Columbus) at once came up, and so quickly that no one had felt that the ship was aground. Presently the master of the ship, whose watch it was, came on deck. The Admiral (Columbus) ordered him and others to launch the boat, which was on the poop, and lay out an anchor astern. The master, with several others, got into the boat, and the Admiral thought that they did so with the object of obeying his orders. But they did so in order to take refuge with the caravel, which was half a league to leeward.
The caravel would not allow them to come on board, acting judiciously, and they therefore returned to the ship, but the caravel's boat arrived first. When the Admiral (Columbus) saw that his own people fled in this way, the water rising and the ship being across the sea, seeing no other course, he ordered the masts to be cut away and the ship to be lightened as much as possible, to see if she would come off. Hut, as the water continued to raise, nothing more could be done. Her side fell over across the sea, but it was nearly calm. Then the timbers' opened, and the ship was lost.
The Admiral (Columbus) went to the caravel to arrange about the reception of the ship's crew, and as a light breeze was blowing from the land, and continued during the greater part of the night, while it was unknown how far the bank extended, he hove her to until daylight” 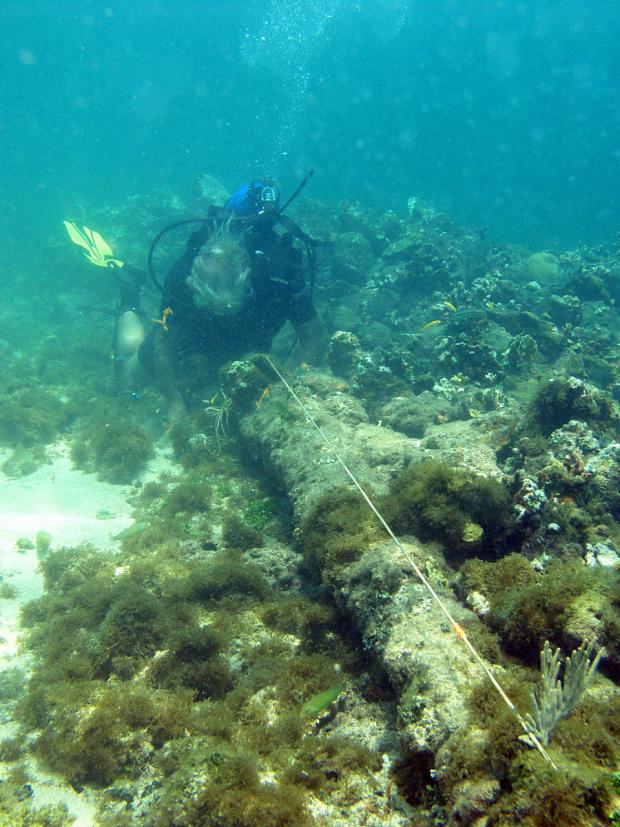 The ship is the right size, Clifford said, and stones found at the site match the kind from the part of Spain where the ship was built. The ship was found in the exact area where Columbus said the Santa Maria ran aground more than 500 years ago. If the claim is confirmed, it would go down as one of the most significant underwater archaeological discoveries ever. Clifford plans to go back to Haiti next month to meet with authorities and decide what steps to take next. We will closely watch steps in this matter.