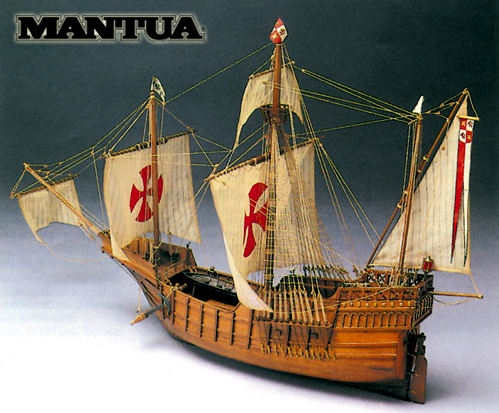 The Santa Maria was the flagship of the little fleet (Nina & Pinta) with which
Christopher Columbus discovered The New World in 1492. It is a fine reproduction of famous vessel.

The Santa Maria was a Nao, the flagship of the Columbus fleet. It was a merchant ship, between 200-600 tons. The boat's length was 75 feet with a wide beam, 25 feet. This allowed it to carry more people and cargo. She had a deep draft, 6 feet. The vessel had three masts, a mainmast, a foremast, and a mizzenmast. Five sails altogether were attached to these masts. Each mast carried one large sail. The foresail and mainsail were square; the sail on the mizzen was a triangular sail known as a lateen mizzen. The ship had a smaller topsail on the mainmast above the mainsail and on the foremast above the foresail. In addition, the ship carried a small square sail, a spritsail, on the bowsprit.

Each sail was attached to a long wooden pole, a yard, which spread the sail out across the top and held it open. The Santa Maria also had a crow's nest on the mainmast. It had a raised stern. There was a forecastle in the bow of the ship. Most of the force used to drive this ship came from the largest mainsail. The other sails were used for "trimming."

Though many sailors believed that the Santa Maria was a fine ship for her day, Columbus was not so impressed. He did not think it was a ship fit for discovery. Because of the deep draft, the vessel was not suited for sailing near reefs and shallow island waters. In fact, the craft ran aground off Hispaniola and had to be abandoned.

The kit features the following: This intermediate kit would be suitable for anyone who has previous model building experience.
This kit has now been upgraded with all the latest technology making it even easier to produce a very fine model. A plank on frame hull construction, building plans with general details English instructions, lost wax brass castings walnut or lime wood planking, wooden masts and spars, brass and walnut fittings, laser etched details, rigging cord, and silk flag. Sails are not a part of kit, it is an option which must be ordered separately. All sheet plywood sections are laser cut for accuracy. Kit images is only for  example.

Ship model Santa Maria is favorite wooden scale kit from Mantua manufacturer. It is popular for its good quality and the customers often buy it as a valuable and nice gift. Scale model kit Santa Maria from Mantua contains necessary building material and parts. That is why the modeler can focused only on building of this nice wooden tall ship model. Victoryshipmodels.com selects and offer only the best ship model kits. Ship model Santa Maria is one of them. 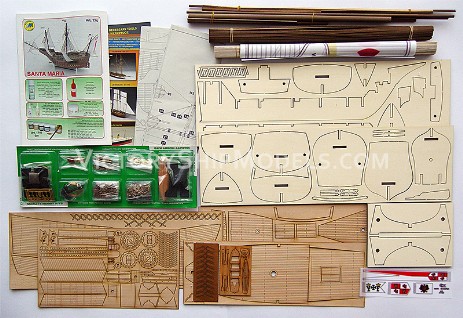 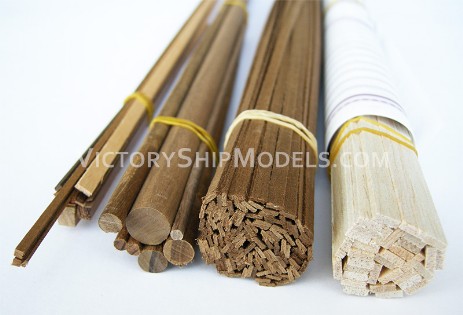 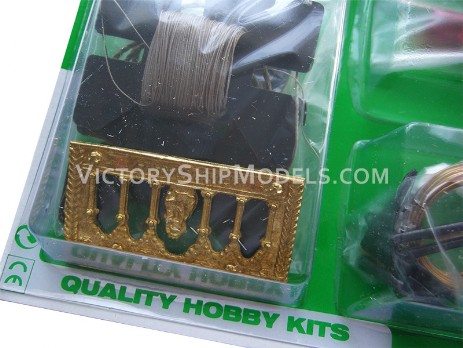 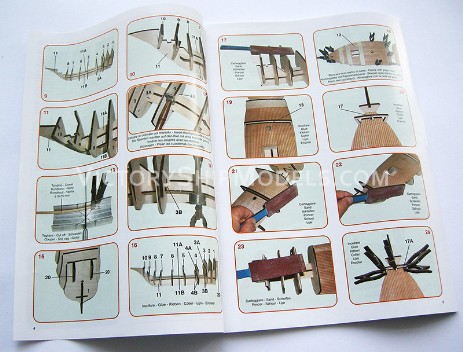