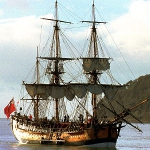 HMS Endeavour ship has been discovered, good news for model ship kit builders.
Captain Cook's famous ship Endeavour has seemingly been discovered, 230 years since it was sold, sunk and forgotten. The Endeavour is one of the most famous ships in naval history and was used by Captain James Cook to discover the East Coast of Australia in 1770.

Journey of HMS Endeavour
HMS Endeavour was sent out to explore the Pacific Ocean in August 1768 to observe the 1769 transit of Venus across the sun and in the search for the continent which was then called Terra Australis Incognita, or unknown Southern land. Captain Cook traveled from Pymouth with 94 people on board down the coast of Africa before cutting across the Atlantic and arriving in Rio de Janeiro in November of that year. The boat then set out to round Cape Horn. In April the ship reached Tahiti, where it stayed for the next four months and were astronomer Charles Green was able to study the transit of Venus in June. 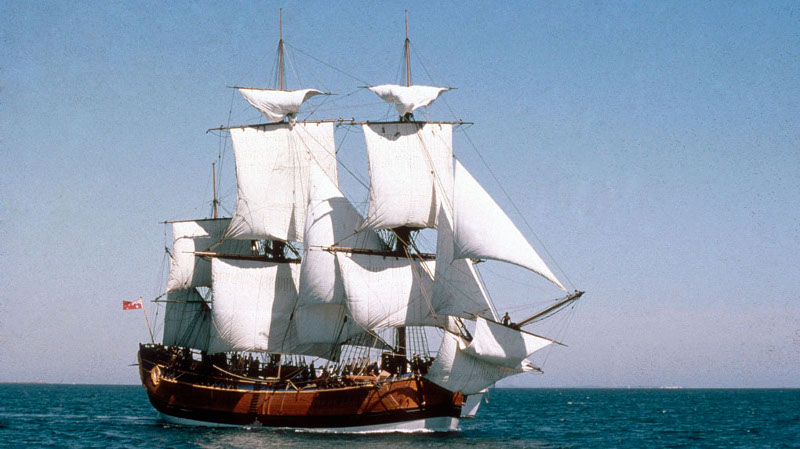 After months exploring the Pacific for islands, the Endeavour reached the coast of New Zealand in October, becoming the first European vessel to land on the island in over 100 years. Cook spent six months exploring and mapping the coast of New Zealand. On April 29 the HMS Endeavour became the first European vessel to make landfall on Australia coast. In next four months Cook was charting the coast and also discovered of the Great Barrier Reef. The ship continued to area exploration the island, and in November was taken out of the water to have major repairs. In March the Endeavour rounded the Cape of Good Hope and on July 12 its journey has been finished in Dover. 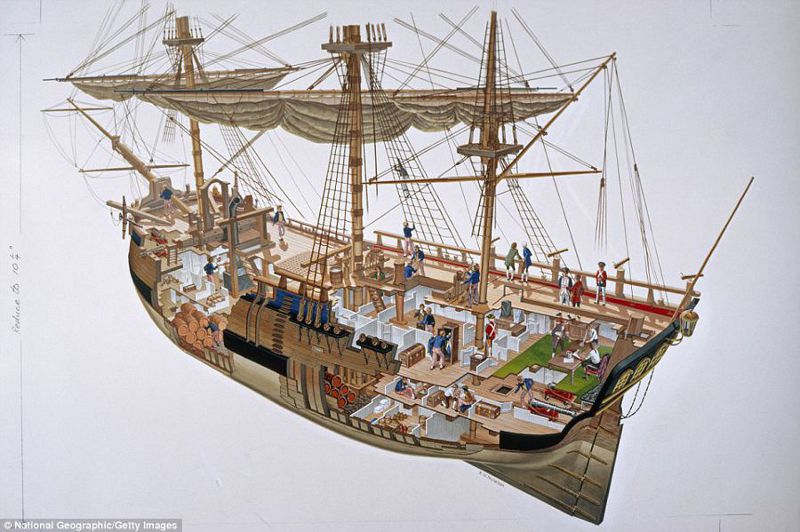 History of HMS Endeavour
The Endeavour was a small ship - less than 100ft long - and housed a crew of around 100 sailors. The Endeavour was the first ship to reach the East Coast of Australia, landing in Botany Bay in 1770. The vessel returned to England in 1771 and was largely forgotten before it was sold in 1775 renamed to Lord Sandwich. During the Revolutionary War It was sent to Rhode Island as a prison ship when the British attempted to recapture the port city of Newport in 1778, and there it was blown up in hopes of creating a blockade in the harbor during the Battle of Rhode Island. 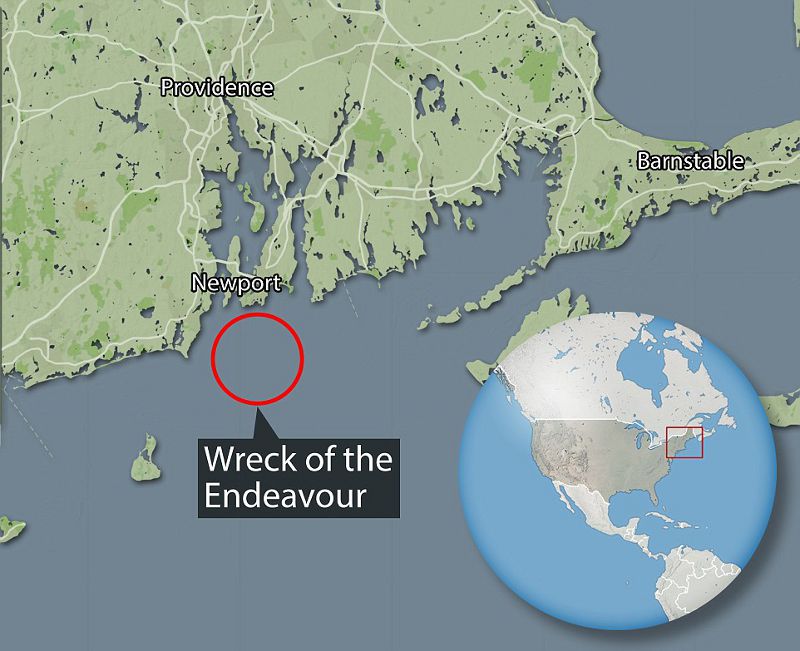 The Endeavour was discovered alongside 13 other ships near Rhode Island in a massive archaeological investigation that combined high-tech mapping of the seabed with analysis of historical shipping documents found in London. Research society RIMAP said it was '80 to 100 per cent certain' that the remains it has discovered belonged to the Endeavour.

*Endeavour replica photo was used in this article