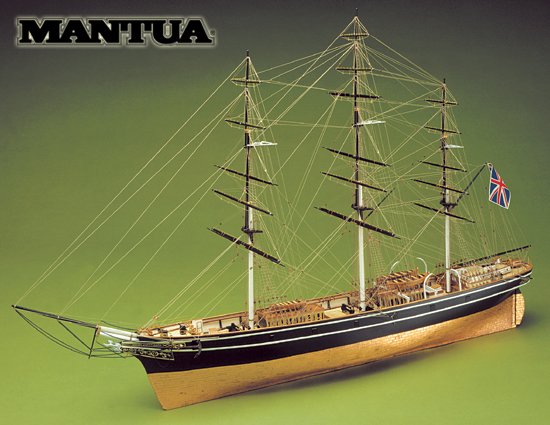 The Cutty Sark is named after the short shirt worn by the fleet-footed witch featured in the poem Tam o' Shanter written by Robert Burns. She was designed by Hercules Linton and built in 1869 at Dumbarton in Scotland, by the firm of Scott & Linton, for Captain John "Jock" "White Hat" Willis, and launched November 23 of that year.
The Cutty Sark was destined for the China tea trade, at that time an intensely competitive race across the globe from China to London, with immense profits to the ship to arrive with the first tea of the year. However, she did not distinguish herself in this trade; in the most famous race, against Thermopylae in 1872, both ships left Shanghai together on June 18, but two weeks later Cutty Sark lost her rudder after passing through the Sunda Strait, and arrived in London on October 18, a week after Thermopylae, for a total passage of 122 days. Her legendary reputation is supported by the fact that her captain chose to continue this race with an improvised rudder instead of putting into port for a replacement, yet was only beaten by one week.
In the end, clippers lost out to steamships, which could pass through the recently-opened Suez Canal and deliver goods more reliably, if not quite so quickly, which as it turned out was better for business. The Cutty Sark was then used in the Australian wool trade. Under the command of the respected Captain Richard Woodget, she did very well, posting Australia-to-England times of as little as 67 days. Her best run, 360 nautical miles in 24 hours, was said to have been the fastest of any ship of her size.
In 1895 Willis sold her to the Portuguese firm of Ferreira and she was renamed after the firm. In 1916 she was dismasted off the Cape of Good Hope, sold, re-rigged in Cape Town as a barquentine, and renamed the Maria do Amparo. In 1922 she was bought by Captain Wilfred Dowman, who restored her to her original appearance and used her as a stationary training ship.
The ship was installed in a dry berth near the Thames at Greenwich, London in 1957. It was opened to the public as a relic and a museum. During restorations in 2007, it was damaged heavily by fire. It was restored and reopened to the public on April 25th, 2012.

Cutty Sark means ‘short skirt’ in Scottish, popularly referred to the clothes of the witch Nannie Dee in Robert Burns’ poem Tam O’ Shanter, published in 1791. The Cutty Sark had, a figurehead of Nannie Dee in her scanty outfit as described in the poem.

Ship model Cutty Sark is favorite wooden scale kit from Mantua manufacturer. It is popular for its good quality and the customers often buy it as a valuable and nice gift. Scale model kit Cutty Sark from Mantua contains necessary building material and parts. That is why the modeler can focused only on building of this nice wooden tall ship model. Victoryshipmodels.com selects and offer only the best ship model kits. Ship model Cutty Sark is one of them. 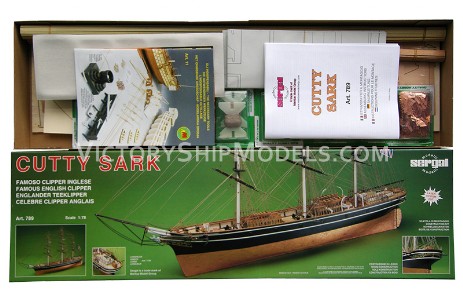 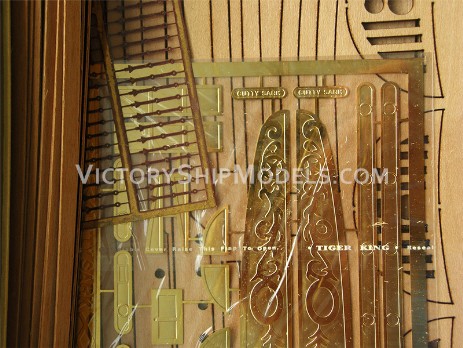 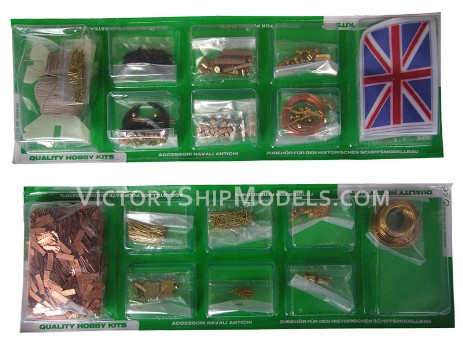 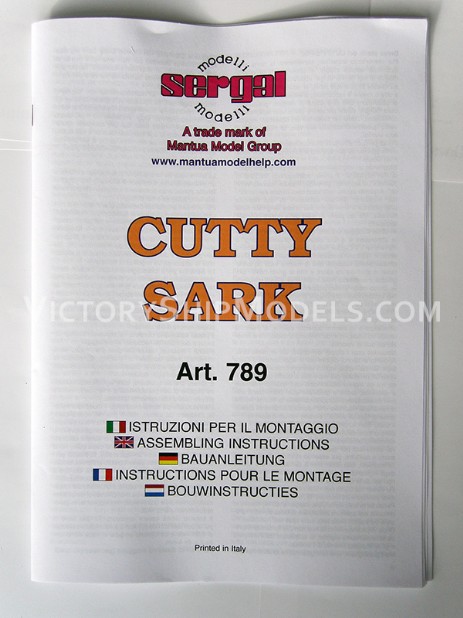